Blog about people-centered design by Lisa Chow and Sandra Sajonas.

Famous for its Wayback Machine, the Internet Archive headquartered in San Francisco is a pretty cool place to check out. I got glimpse into the workings of the Internet Archive while at the American Libraries Association (ALA) conference. Impression: A staff-focused laid-back flexible atmosphere with different configurations of spaces within one area allows for different kinds of work and workflows to happen. Pictures are worth a thousand words, so without further ado, here’s a photo slideshow of my wanderings at the Internet Archive. Thanks to the Internet Archive for a great tour.

Are you heading to ALA Midwinter 2014 in Philly?

Sessions and events to check out:

When you’re taking a break from the conference, we recommend:

What’s on your list for Philly and ALA Midwinter 2014?

Applications Being Accepted for 2014 Class of ALA Emerging Leaders

For any newish library workers wanting a leg up on your career, we encourage you to apply to the American Library Association (ALA) Emerging Leaders (EL) program. The EL Program is a leadership development program which enables ELs to participate in problem-solving work groups, network with peers, and gain an inside look into ALA structure. It puts participants on the career fast track. Take it from 2 ELs. Better hurry and get those recommendations. Deadline is August 2, 2013.

Quick Guide to Attending Library Conferences on the Cheap

Another year means another round of library conferences that offer opportunities for professional development and networking. Unfortunately, with increasing budget cuts and staff shortages, conference attendance support from your organization may be minimal or non-existent. Similar situation if you’re not working.

What are your tips and tricks on attending library conferences on the cheap?

Yesterday, we attended the METRO annual meeting at the Fashion Institute of Technology.  The highlights of the meeting were the speeches by State Senator Oppenheimer, NYC’s first Chief Digital Officer Rachel Sterne and the American Library Association President-Elect Maureen Sullivan.

State Senator Oppenheimer, a vocal advocate for education and libraries, told a touching story of the role the library played as she strove to overcome dyslexia.

Rachel Sterne works with the City government in streamlining their communication and increasing transparency via it’s Road Map for the Digital City.

Maureen Sullivan discussed libraries in the larger information ecosystem and the potential challenges and opportunities.

All of the speakers emphasized the evolving and crucial role of libraries reminding us that the battle for the survival of libraries is even more critical. 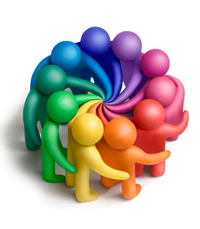 We work with libraries and nonprofits to implement creative solutions to effectively improve individual and organizational performance by focusing on the human element. Read more...

We Want to Know