Blog about people-centered design by Lisa Chow and Sandra Sajonas.

Anti-Asian Racism is Nothing New

I gave a 5-minute talk as part of a SLA virtual roundtable on social justice yesterday. Below you’ll find a list of resources that both informed and inspired my talk as well as a transcript of my talk (edited for clarity and for inclusion of images and links).

I’m gonna start off with a story.

I went to the doctor in February and was given a mask at the front desk. At the end of my visit, my doctor said to me “You heard about what happened a few days ago, right? When you leave the office, please take off your mask so you don’t bring attention to yourself.”

My doctor was referring to the recent incident where a woman wearing a mask was attacked by a man at the Grand St subway station in Chinatown who called her “diseased”.

Even before COVID-19, many Asians would wear masks to protect themselves from things like the freezing cold weather in winter and pollen that seems to be everywhere in spring.

When the SARS epidemic hit East Asia in 2002/2003, it led to a massive adoption of face masks as personal anti-viral protection. Since then, masks have been widely used by many Asians as both a health/medical strategy and civic duty.

So when COVID-19 hit, there was no question. Definitely mask up.

At the same time, knowing and understanding the importance of masks, local Asian American business owners and non-profit groups donated thousands of masks to a few hospitals in Queens.

In the US, many people are still adapting to mask wearing. It has been about 10 weeks since Americans were advised to wear them. Prior to that, wearing a mask when healthy has become discouraged to the point of being socially unacceptable.

Prior to COVID-19, it was a social stigma to wear a mask and during this coronavirus pandemic, at the least at the start of it, it seemed like it was dangerous to wear a mask if you’re Asian.

It is understandable that masks are seen differently depending on your cultural backgrounds and habits, but it is critical that mask wearing behavior is understood and people shouldn’t be targeted because they’re wearing a mask.

Of course, unfortunately, we know that it’s not just simply wearing a mask that makes you a target.

In March, the FBI released a statement saying “Hate crime incidents against Asian Americans likely will surge across the United States, due to the spread of coronavirus disease…endangering Asian American communities”.

There have been numerous reports of anti-Asian incidents. And those are just the ones that are reported. Family and friends have been sharing their experiences and stories as well.

Unfortunately Asian discrimination is nothing new. 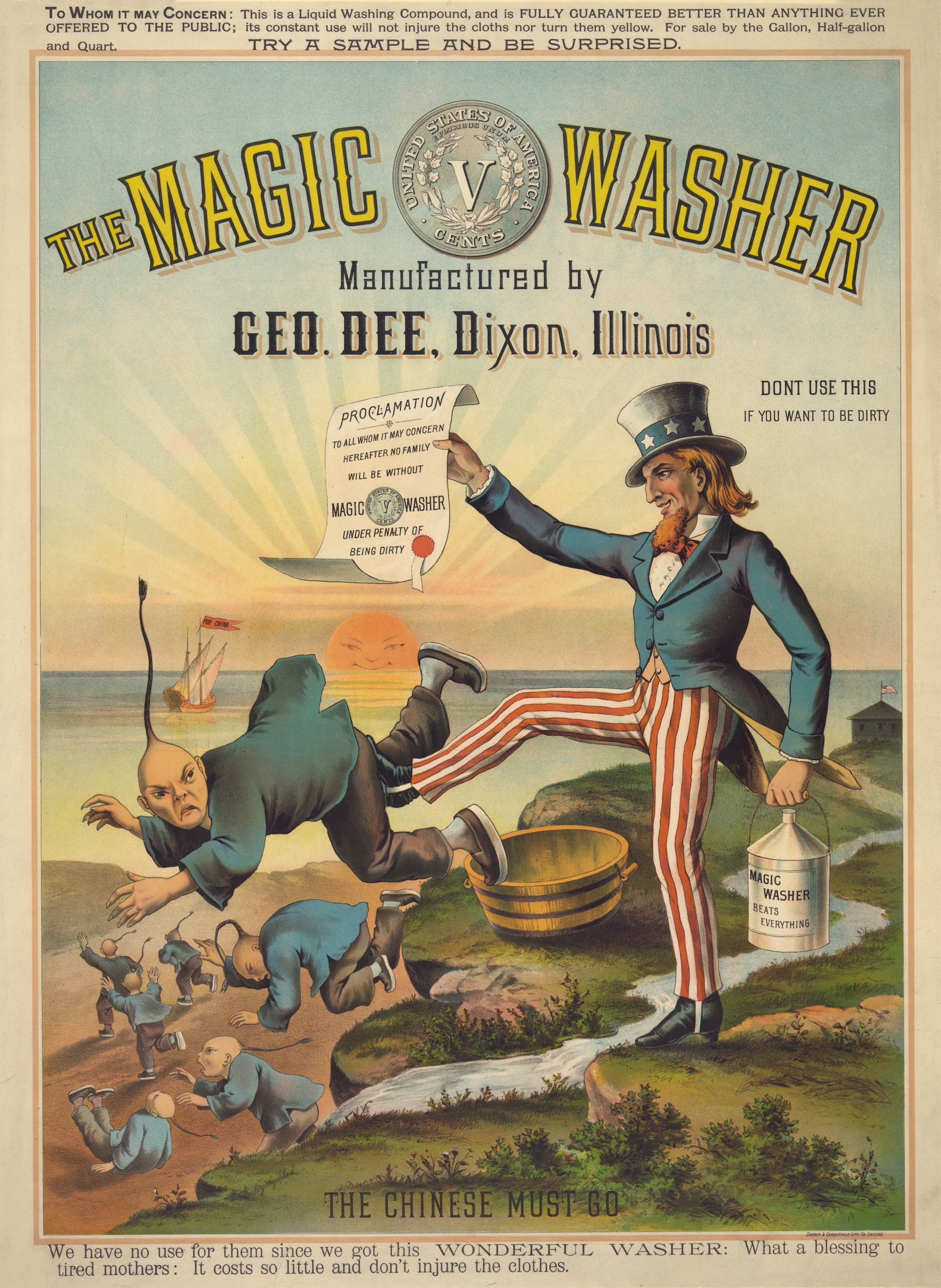 “Uncle Sam kicks out the Chinaman” is an 1886 poster ad that refers to both the 1882 Chinese Exclusion Act and to the “George Dee Magic Washer,” which the machine’s manufacturers hoped would displace Chinese laundry operators. | Wiki Commons

Before Brown v. Board of Education, there was Tape v Hurley (1885), a landmark court case in the California Supreme Court in which the Court found the exclusion of a Chinese American student from public school based on their ancestry unlawful. When Joseph and Mary Tape tried to enroll their oldest daughter, Mamie at an all-white school in September 1884, Principal Hurley refused to admit her, referring to the existing school board policy against admitting Chinese children. They filed a lawsuit on behalf of their daughter against both Hurley and the San Francisco Board of Ed, and they won. However, local school board policy still kept Chinese children from attending the city’s white schools. 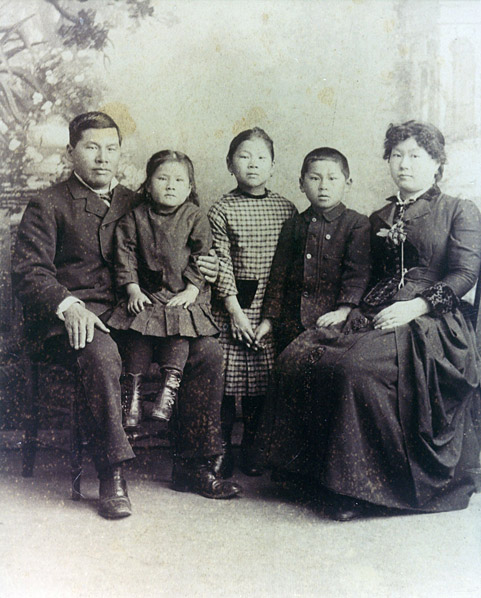 Citizenship right by birth in United States v. Wong Kim Ark (1898) was a landmark decision of the US Supreme Court ruling. Wong Kim Ark, who was born in San Francisco in 1873, had been denied re-entry to the US after a trip abroad, under the Chinese Exclusion Act. He challenged the government’s refusal to recognize his citizenship, and the Supreme Court ruled in his favor, holding that the citizenship language in the Fourteenth Amendment covered the circumstances of his birth (born citizen) and could not be affected by an act of Congress.

An 1894 notarized statement by witnesses attesting to the identity of Wong Kim Ark. A photograph of Wong is affixed to the statement. Department of Justice. Immigration and Naturalization Service. San Francisco District Office. | Wiki Commons

During World War II, it was the policy of the U.S. government that Japanese Americans would be relocated and incarcerated in concentration camps. About 120,000 people of Japanese ancestry, most of who lived on the Pacific Coast, were scattered across the country.

Nothing has really changed.

A good friend and I were talking about this stuff and she said she was protesting racism and discrimination in college and now 40 years later, she’s seeing and fighting the same issues.

So what can we do? A few takeaways – 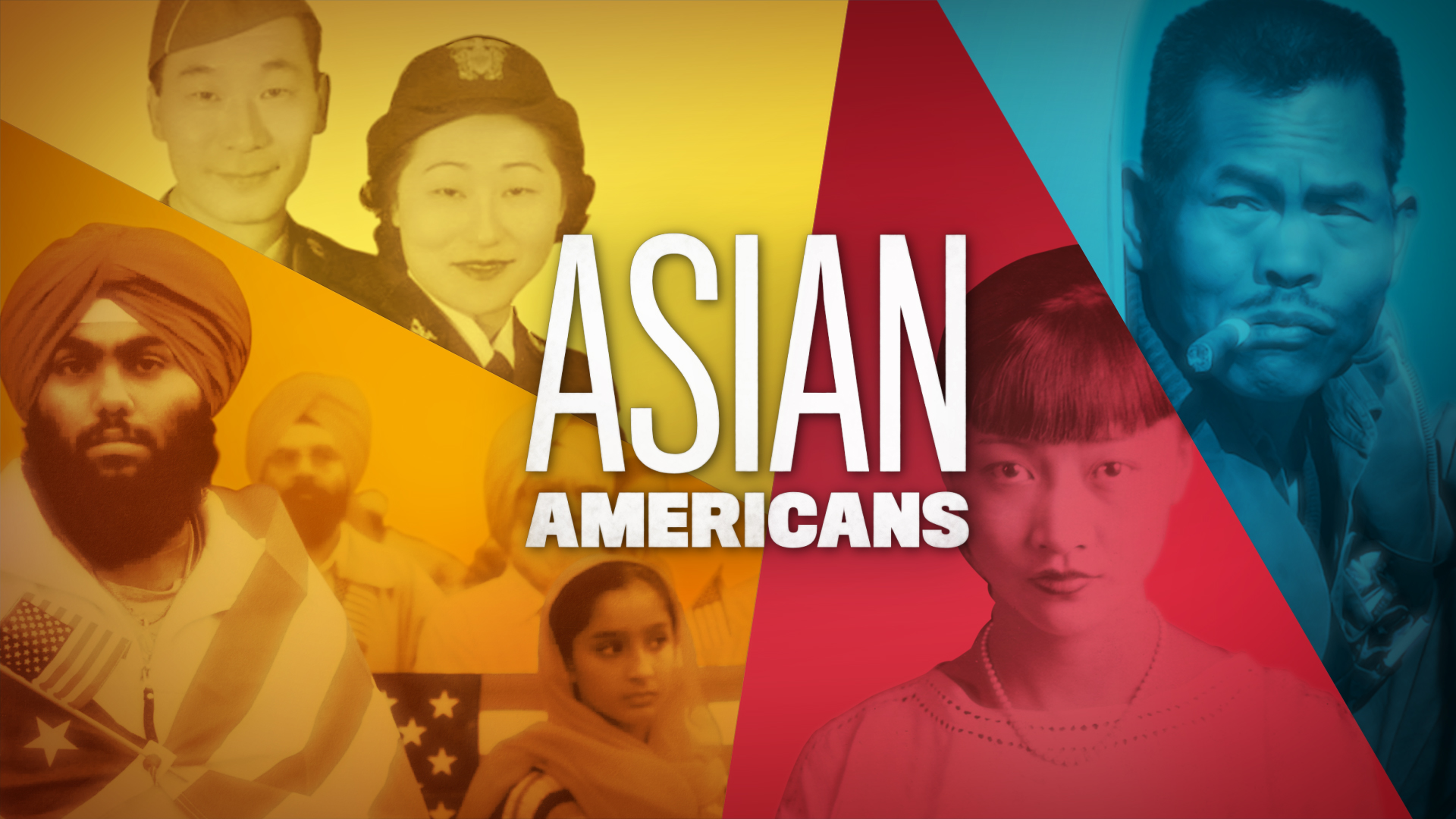 And lastly, speaking of mad.

W. Kamau Bell, an American stand-up comic and television host, recently wrote a essay telling everyone he’s got enough room and energy to be mad at a lot of things and those things don’t conflict with each other. The point of the article was to counter the criticism that he got on social media for defending Asian Americans against coronavirus-related racism when there was so much racism against Blacks. He said: “Being against racism means being against racism. And it means being against racism when it isn’t convenient, or easy, or fun, or even when the person you are trying to help doesn’t consider you one of their people, or one of their allies, or doesn’t even see you at all.”

Racism is still racism even if racism against Asians isn’t making the front page.

Our masked future – Wearing a mask all the time affects how we interact with each other. But how?
https://www.vox.com/the-goods/2020/6/8/21279725/masks-face-psychology

Coronavirus and Racism in America, with W. Kamau Bell
https://www.pbs.org/video/coronavirus-and-racism-in-america-with-w-kamau-bell-gfpzhq/

You may have noticed that we have not been posting regularly…we have spent the past year working on an article and have finally completed it. Here it is, hot off the press!

Happy New Year to our readers.  While it’s been a great year we’re looking forward to a new year and a new decade with you.

We’ve reached the end of the roll. From “Where’s the bathroom?” to bathrooms with that extra touch of hospitality, we hope you enjoyed reading Bathroom Blogfest 2019 as much as we enjoyed writing it.

It’s nice when bathrooms go the extra mile with hospitality. Here are pictures of two bathrooms that feel homey and welcoming.

We work with libraries and nonprofits to implement creative solutions to effectively improve individual and organizational performance by focusing on the human element. Read more...

We Want to Know